The Rehoming of Japanese bears 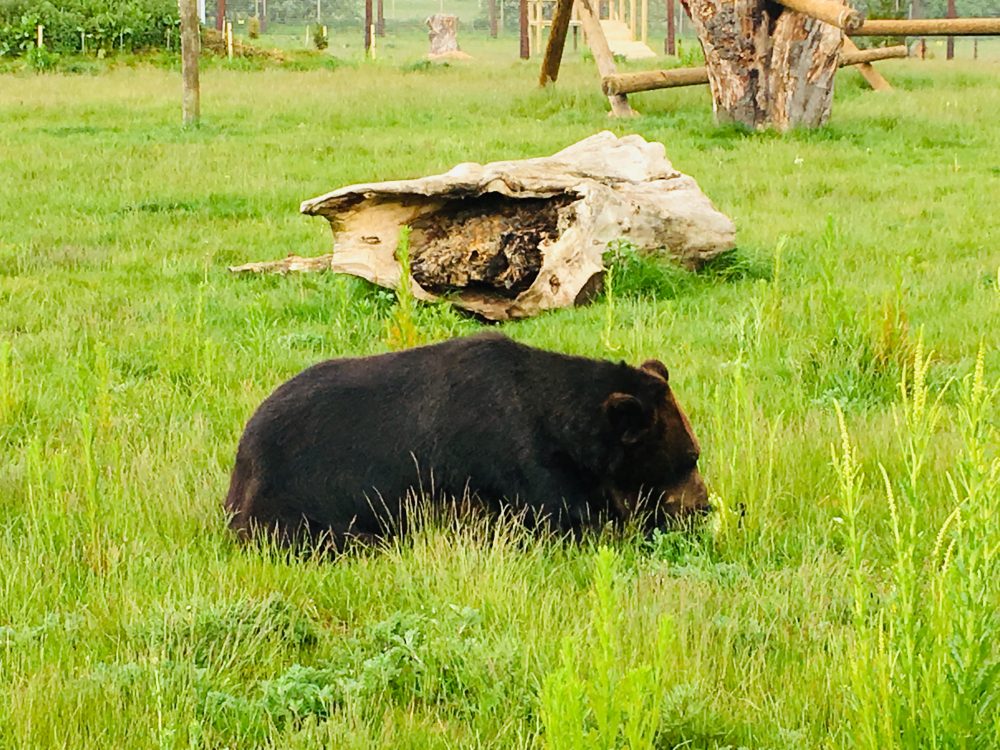 It has been an entire year since Wild Welfare helped rehome four Hokkaido brown bears from Ainu Museum to the UK’s Yorkshire Wildlife Park (YWP).

When Wild Welfare were initially introduced to the bears, they lived in small concrete enclosures in a Japanese Museum in Hokkaido. Now these bears get to enjoy acres of grassland, pools to cool off in and comfortable beds at YWP. But how did we make this amazing project happen?

Initially, Wild Welfare began working with the museum staff to identify possible improvements. The museum loved the bears, but simply did not have the expertise or facilities to look after them, and it was quickly agreed by all that the significant advancements needed to improve the bears’ wellbeing were not possible, so a lengthy project began to find a new home for the bears.

Georgina Groves said: “For two years I visited the bears at Ainu Museum, each time promising I’d find a better home for them. Finally, in the last visit we got to take them to Yorkshire Wildlife Park.”

But the project to offer the bears a better life in the UK was not simple. Rehoming four bears from Japan to a rehabilitation facility had never been done before and we did not want to put the bears under unnecessary stress to travel across the world if there was a suitable home in Japan they could go to.

However, after meetings between the museum, the Japanese Association of Zoos and Aquariums, JAWS Tokyo (a fantastic charity which, without their involvement the rehoming of the bears would not have been possible) and Wild Welfare, it was agreed that no suitable facility was available, so we started to look further afield.

After approaching Yorkshire Wildlife Park and their Foundation, we were delighted and extremely grateful that they were willing to take on this enormous project, and so then planning really got going! The whole project is a result of the dedication and hard work of multiple organisations from within the UK and Japan. In fact, in total, it took more than ten organisations to make this special project possible.

On the actual day of the move, there were more than 30 people involved. There were large cranes and trucks to move the bears’ crates, fans and trays of ice to keep the bears cool, treats for the bears in the shape of chunks of watermelon and of course an aircraft to fly the four bears the 5,400 miles to the UK. 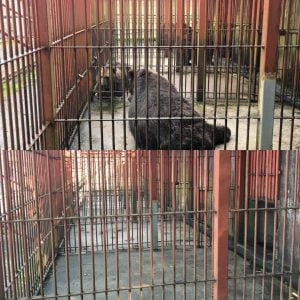 Photo: The bears in their old cages and below, empty cages never to be used again.

The oldest bear of the group was Amu. Very sadly, upon arrival in Yorkshire it was decided that his many ailments, due to old age and previous living conditions meant that his quality of life would be hugely compromised, even in his new home. A difficult decision was made, and he was put to sleep shortly after arriving. In his last few weeks he was comfortable and pain-free thanks to Yorkshire’s expert team, and his memory lives on in all that met him.  The other three bears (Kai, Riku and Hanako) are safe, happy and thriving now, under the care of the YWP team.

Finding homes for these four bears was a huge undertaking and our focus as a charity is not centred on rescuing or rehoming animals. So why did we undertake such a mission?

Moving these four gorgeous bears to a new home where they can play with toys, scratch their backs on trees and roll on soft ground for the first time, wasn’t just about giving them a new opportunity at life. The bears also represent what Wild Welfare is really about – uniting leading zoos and animal welfare organisations to improve welfare for wild animals in captivity around the world.

Everyone involved in the bear move has become a trusted colleague. Through this project we have forged long-term partnerships and friendships that can help further animal welfare improvements in Japan. Rehoming these bears has cemented our relationships with key experts and authorities, and through mutual trust and respect, we are identifying the best short and long-term solutions for the remaining  hundreds of other captive bears in Japan living in bear parks.

We believe our approach of uniting key organisations and communities who can make a real difference to animals’ lives in Japan, can secure better animal welfare standards for all Japan’s captive wild animals.

And this leads us to Yorkshire Wildlife Park (YWP), This was no small project for them, the park staff and the Yorkshire Wildlife Park Foundation put in significant time and huge resources to work with Wild Welfare and make this rehoming project a reality. Our work with facilities like the park and other leading zoos and aquariums, utilises their animal care expertise and compassion to help us support struggling zoos or other captive facilities that want to improve and change.

The incredible transformation these bears have made since being at Yorkshire Wildlife Park is mainly due to the dedication by the Park’s team to care so wonderfully for the bears.

Every time we visit them, it is a source of huge inspiration for our team, spurring us on to continue our work in Japan to improve the lives for the remaining bears in captivity.

Wild Welfare are extremely grateful to the support of JAWS UK  for this project and their continued support for our work in Japan, as well as being a financial support for their sister society, JAWS Japan.