Sloths may be slow, steady and 'smile', but don't let that be a reason to exploit them 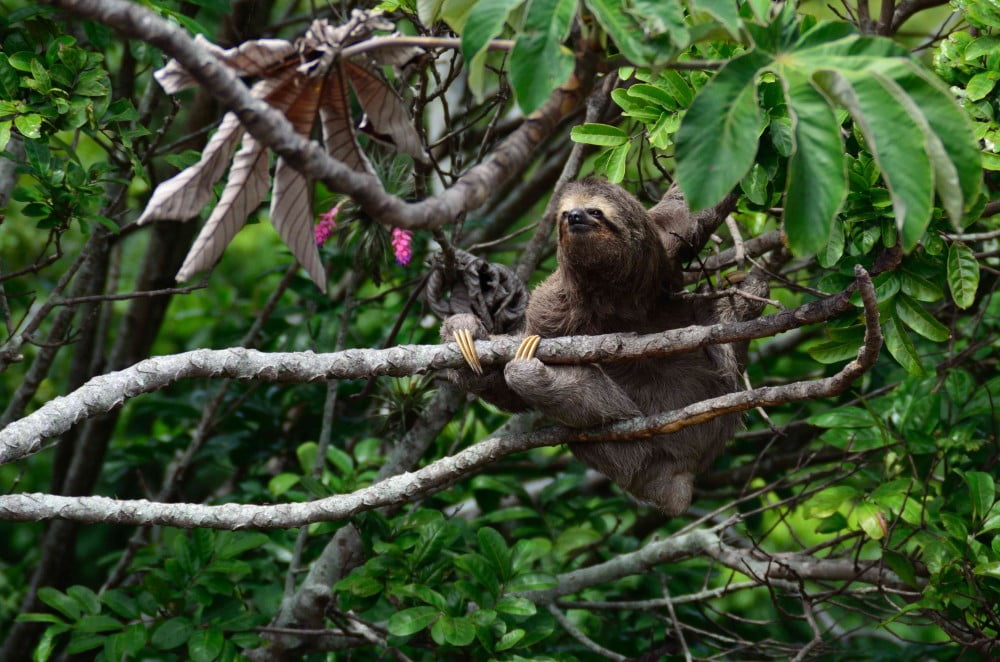 Sloths are a arboreal, nocturnal species that are so well adapted to tree life that they can simply fall asleep hanging upside down, grasping the tree using their feet and claws. Sadly due to their nature of being slow moving creatures that appear to “smile” due to the shape of their mouths, means that they are being easily exploited. In a recent report by World Animal Protection, sloths are among other species being captured from the wild and cruelly treated, all in the name of tourist ‘selfies’ in Peru and Brazil.

There is also plenty of evidence of ‘sloth selfies’ in zoos, where the species is often kept in walk through enclosures, allowing for visitors to get up close and personal. Due to their nature, sloths won’t show stress in the same way as we know it, and can quite often lead to animals being handled, touched or got too close too without any obvious indicators of stress. One clear indicator though is retreat, and it is safe to assume that if the animal tries to move away from you, it is not wanting to be part of that interaction. Be mindful when visiting a zoo; only take ‘selfies’ if the animal approaches you, sloths should never be handled by the public, but do not handle or touch any animal unless under the supervision of an experienced zoo keeper, and always give animals the space to carry out natural behaviours within their enclosure.

Remember you are walking into their home, so treat it and the animals within it with respect!