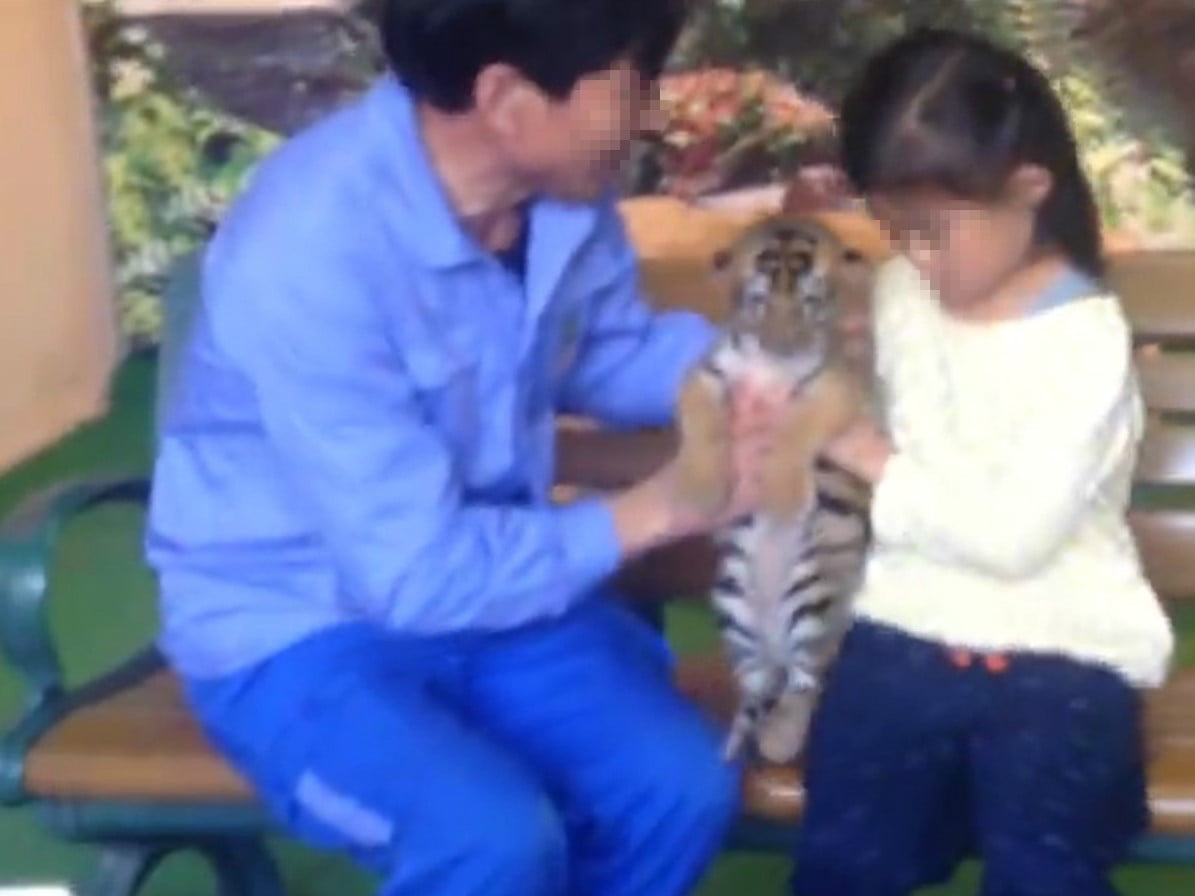 Footage, uploaded by a member of the public, shows a young tiger, that looks to be both thin and lethargic, being roughly handled by a zoo keeper as part of a zoo visitor photo opportunity at the Park.

Wild Welfare’s director, Dave Morgan said: “We are deeply shocked and concerned by this video, showing a young, defenceless animal suffering at the hands of zoo staff. The activities in the footage clearly contravene China’s State Forestry Administration regulations, which as of April 2015, stated that close contact between wild animals and visitors should be stopped immediately.”

The video, reportedly taken by a visitor at the Shanghai Park and uploaded to a personal weibo account, is of a tiger cub being held by zoo visitors as they pose for photographs. In the footage seen by Wild Welfare, the zoo keeper repeatedly tries to stimulate the cub by flicking and tapping its face, but the cub remains floppy and lifeless. The keeper is also seen handling the cub roughly, at one point lifting it by just one front limb.

Mr Morgan said: “The young tiger in the video looks underweight and unnaturally lethargic.  Wild Welfare does not support the use of animals in this type of ‘selfie’ interaction. They have serious human and animal welfare implications and the use of young individuals specifically, relies on animals being unnaturally separated from their parents. Not only will maternal separation cause anxiety and chronic stress to this cub, the constant handling, dealing with loud noises and bright lights will also prove damaging and stressful.”

The video has been viewed more than ten million times by people in China.

“The Chinese public have a growing interest in animals and disgust in poor animal welfare care – demonstrated by how many times this video has been shared,” Mr Morgan added.

‘Close contact’ between wild animals and visitors and abusive performances are not allowed under current State Forestry Administration (SFA) regulations, that are in place to prevent this kind of animal mistreatment and exploitation. Wild Welfare strongly urges the SFA and other relevant regulatory bodies to immediately investigate this activity and enforce their own regulations on visitor-animal interactions. The Chinese and international public will be watching and waiting in anticipation.