Celebrating our 10 year anniversary by exploring our global reach. 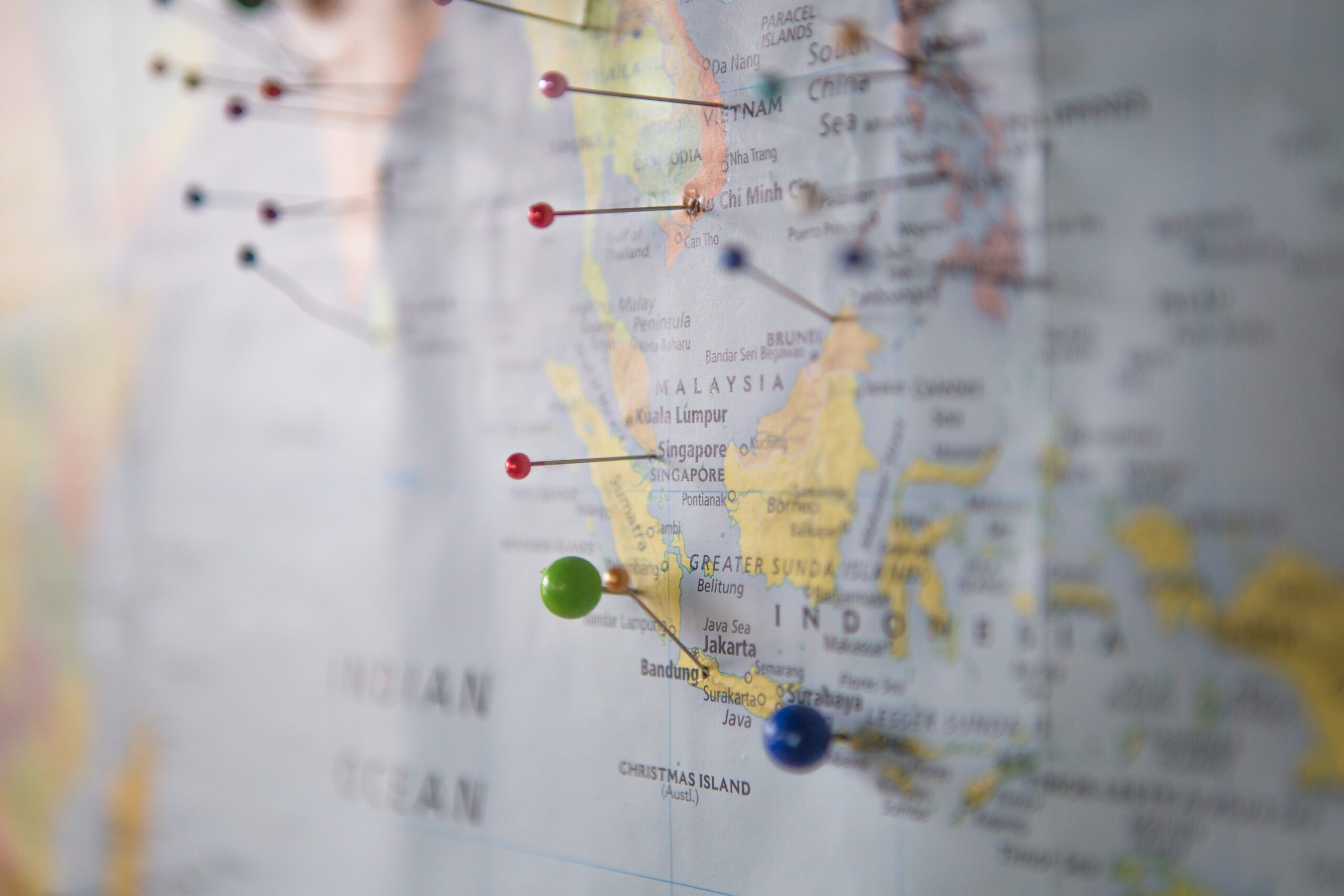 From our humble beginnings in North Carolina and Egypt, to our current work all over the world, we truly have a global impact on animal welfare. We have assisted Japanese facilities with their bears, advised on Lemur projects in Madagascar, helped make beds for tigers in Thailand and instigated elephant training in Malaysia. Our current action spans over 10 different countries, with our resources reaching over 30 additional countries on top of that.

As wonderful as it is to work in these diverse and beautiful countries, being mindful and knowledgeable of the different languages spoken in all of these countries presents a massive obstacle to overcome. Cultural differences are also a substantial consideration within our worldwide remit. Animal welfare itself is globally variable and culturally sensitive. We certainly respect cultural differences although never allow them to be an excuse for poor welfare practices.

In honour of our 10 year anniversary celebrations, we asked the team to tell us about a particular country that is special to them due to the impact we have had and the activities we undertake there.

Simon Marsh is Wild Welfare’s director and has worked with many people in different countries but a place which stands out and showcases what Wild Welfare is all about for him is Brazil.

“It’s a pleasure to work in Brazil. The climate and scenery are fantastic, and the Brazilian people are passionate and driven. They are aware of the challenges they face in improving captive wild animal welfare but they have taken this challenge head-on and have embraced the Wild Welfare philosophies and values. An example of this is when the Association of Brazilian Zoos and Aquariums (AZAB) fully adopted Wild Welfare’s Core Fundamentals Standard of Practice for Captive Wild Animals as their own standard for accrediting their members. They also embraced our auditor training so they can inspect the facilities against their own animal welfare standard. The AZAB were also one of the first to join our Partner for Animals Programme, partnering with San Francisco Zoological Society, to develop a network of animal welfare experts across the country to train staff in individual animal welfare assessment 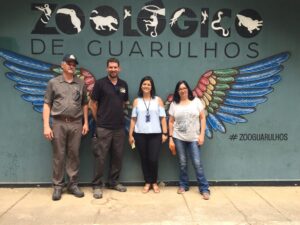 techniques. This top to bottom approach from the AZAB will change the way staff care for the animals, how the facilities are managed, and ultimately improve the welfare of the animals. One area which really made me appreciate the pressure many captive wildlife facilities face in Brazil is the influx of confiscated or injured wildlife the facilities have to care for, often with little resources or appropriate facilities. The staff work incredibly hard to meet the needs of wildlife which makes it such a pleasure to work in Brazil. I hope to return there very soon to see the progress first-hand. I also miss the lunchtime Rodizio, and a Cachaça in the evening.”

Sarah Bonser-Blake is the team’s Animal Welfare Field Manager and her work has often revolved around the projects we are conducting in Vietnam. Having lived there in the past whilst working at a zoological facility in Hanoi, she is familiar with some of the customs and traditions within the country, although is constantly learning more. 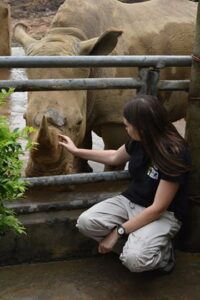 “When the tropical heat hits me as I exit the airport, I instinctively go into work mode, determined to make the most out of the visit. This might involve helping to conduct a welfare audit in a primate sanctuary in the middle of the jungle or hosting a zoological association meeting in the middle of a city. I’ll never forget witnessing the Vietnamese Zoo Association voting in a new and improved welfare standard to be used across all its facilities when just a few years previously, there wasn’t even a word for animal welfare in Vietnamese. Vietnam holds something special for me because I’ve seen the passion that many of the people have in promoting positive changes for their animals. It’s inspiring and although we have a long way to go, I always think back to the animals which now have comfy beds to sleep on, structures to climb and a varied and healthy diet. Long-term, sustainable changes are what Wild Welfare is all about and I’ve loved every minute of helping to create this in Vietnam.”

Georgina Groves is currently a Consultant for Wild Welfare and previously worked as Executive Director for the charity. She finds the work she has done with partners in Japan incredibly rewarding.

“Before Wild Welfare started working in Japan, little support had been provided towards identifying gaps and opportunities for improvement in animal care and welfare within Japan’s numerous zoos and captive wildlife facilities, including bear parks. The focus had mostly been on criticising situations without realistic solutions. Building 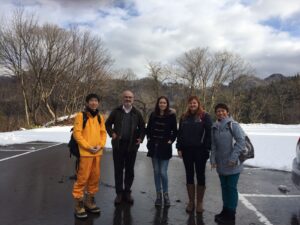 constructive partnerships with individuals within the Japanese academic and NGO communities, the zoo community and bear parks themselves has been both critical to the work we’ve done and also resulted in some life-long friendships! A highlight includes working with one of the bear parks in the depths of winter whilst knee-deep in snow. We were building enrichment tools while creating solutions for changes in attitude and action towards the care of the bears with the keepers. It was wonderful seeing these changes materialise over time. Also working with the Japanese Association of Zoos and Aquariums (JAZA) on specific species issues and wider zoo operational changes, supporting their efforts to make welfare change happen in their wide membership. Finally, addressing the exotic animal cafe issue through research in conjunction with local academics has been a step towards addressing the chronic welfare issue of these cafes through a local collaboration is much more likely to result in the change we want to see”

And finally, Dave Morgan, Wild Welfare’s founder and present Field Director recalls his global journeys from the early days of the fledgling NGO in Egypt to his current work in Brazil and Malaysia.

”My very first trip as an official Wild Welfare representative was to Cairo to conduct welfare audits of Giza and Alexandria Zoos on behalf of the Egyptian Government. In fact, the whole concept of Wild Welfare had been dreamed up between myself and Dr David Jones over breakfast one morning in a Cairo Hotel the year before. It was a strange feeling to be returning as an embodiment of that dream.”

Subsequent trips to Libya and Cote d’Ivoire quickly followed in the ensuing months and important relationships and partnerships were developed right at the start of becoming operationally active. We quickly moved to the other side of the Atlantic in our travels and our long-standing rapport with AZAB. This relationship quickly led to AZAB adopting a Welfare Standard that Wild Welfare helped to develop, and a welfare certification audit system that nearly 30 Brazilian Zoos have now undergone. “I adore Brazil! There is a polyphonic vibrancy there and the zoo personnel that we work with are deeply committed to improving the welfare of their animals. Significant change and improvements in welfare have resulted.” 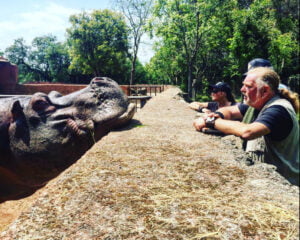 Leaping over to the other side of the world, Dave first visited Sabah, Eastern Malaysia, Borneo in 2018. Our partnership with the Sabah Department of Wildlife continues today, specializing in work for both captive and wild elephants. “All the elephants in captivity in Sabah are rescues from human/elephant conflict, so whilst we are concerned with the care and welfare of these elephants, we also want to look at ways to mitigate this conflict to prevent the occurrence of elephants having to come into captivity in the first place. The way we plan on doing this is to use Positive Reinforcement theory on the wild elephant herds to avoid conflict situations with humans”.

Wild Welfare’s first decade of operation has been an incredible journey across the globe and the entire team looks forward to where the provision of animal welfare knowledge and solutions may take them next.

To offset some of our carbon footprint, Wild Welfare donates to Plant Your Future, a non-profit working with Peruvian farmers to restore and protect Amazon rainforest and farm sustainably.