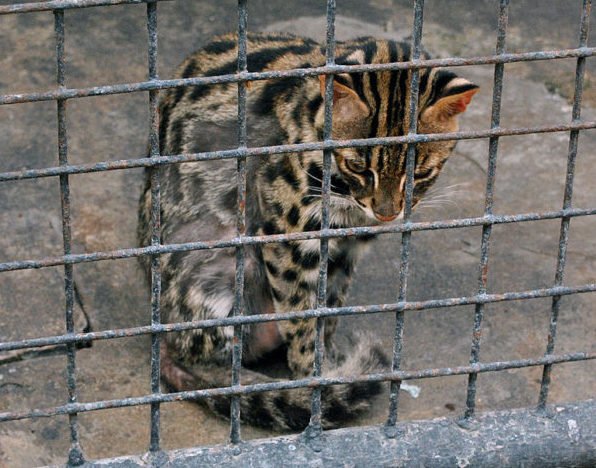 Wild Welfare has welcomed the announcement from the World Association of Zoos and Aquariums (WAZA), that it will help improve care and welfare standards at Thailand’s Pata Zoo and work with Thai authorities to close the zoo down.

Concerns over the conditions for animals at Pata Zoo, a shopping centre zoo located in Bangkok, have been ongoing for several years but have failed to improve to any kind of acceptable level. WAZA announced at its recent annual conference being held in Bangkok, that it would help improve welfare standards and work with the relevant Thai authorities to close the facility down as soon as possible.

Wild Welfare’s projects director, Georgina Groves, said: “It’s good to see WAZA making a commitment to help the animals at Pata Zoo, many of which are living in terrible conditions.

“This zoo follows no animal care or welfare standards, unlike zoos that belong to Thailand’s zoo membership organisation, the Zoological Park Organization (ZPO). This means conditions aren’t monitored and for too long this has resulted in inaction by the zoo and consequently terrible animal suffering.”

Earlier this year, distressing images and video emerged of the animals housed in Pata Zoo. The zoo holds species including gorilla, bonobo, chimpanzee and orangutan, in a collection totalling 300 or so animals which are housed across two floors of exhibits.

Zoo and animal welfare professionals attended WAZA’s annual conference in Bangkok earlier this month. While there, a number of them visited Pata Zoo, including the esteemed primatologist Dr. Jane Goodall, who was in the country to give the conference’s keynote speech.

Georgina Groves added: “Thai legislation is complex and it will take a combined effort to make the significant changes so desperately needed, but we hope this announcement by WAZA means that Pata Zoo’s animals can finally be helped.”