Cultural diversity – working for animal welfare, not against it

Embracing differences in culture, but not letting them be an excuse for poor animal welfare 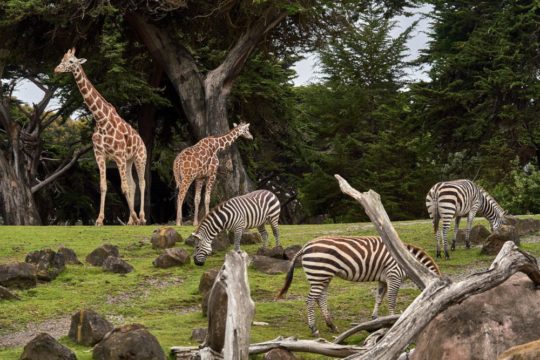 The theme of this year’s Southeast Asian Zoos and Aquariums Association (SEAZA) conference was ‘One voice for nature and wildlife’. Held in Chiang Mai, Thailand, it was a fantastic opportunity for the Wild Welfare team to return to what is a culturally-rich country and one that is always a real pleasure to work in. Helping animals across a range of countries, from Southeast Asia to South America, our team is well-versed in establishing successful partnerships with zoo and animal welfare staff, despite the often-vast differences in cultures.

While perceptions of animal welfare are culturally sensitive, vary around the globe and are subject to change, an animal’s own perspective of its welfare remains the same. An animal’s welfare is independent of geography, time zone, language and historical practices, so in providing for an animal’s needs we need zoos and aquariums around the world to reflect consistency in their care and welfare standards, irrespective of cultural diversity.

While cultural diversity is something to be embraced, in terms of animal welfare, cultural practices should never be an excuse for poor conditions or animal suffering.

There is a significant and growing interest in animal’s and their welfare. From the growth in veganism and vegetarianism worldwide, to the public concern for the welfare of captive wild animals appearing to rise exponentially around the globe, even in countries where giving consideration to animal welfare is a relatively new concept. Our understanding of what constitutes good animal welfare and animals as sentient beings has also developed vastly in recent years, and within the accredited zoo community specifically, caring for wild animals in a way that best provides for their natural and highly motivated behaviours has become the widespread approach.

This approach is still not a common occurrence in less developed zoos and aquariums however, and historically cemented and culturally different approaches to welfare management is one of the reasons why. This results in many animals suffering poor care as a result of misinterpreted or out of date practices. Scientific understanding tells us that many cultural practices that may have been seen as acceptable ten, fifty or one hundred years ago, are not acceptable in the modern age – and yet they persist.

Let’s look at bears as an example. Two to three hundred years ago in the UK and across Europe, it became a form of entertainment to watch bears that had been captured from the wild perform in public, bear-baiting was a popular pastime and bears in some of the UK’s first zoos were regularly poked with sticks by visitors. As attitudes towards how animals should be kept began to change, change that went alongside scientific study and new research, bear-baiting was made illegal (in 1835 in the UK) and the way bears and other exotic animals were kept slowly improved. Look east today and across some parts of Europe and commonly in Asia, it is still possible to witness bears being treated in a similar way to in 1800’s England. People still continue to visit bear parks – often simply stark concrete pits that hold numerous bears – despite conditions being considerably lacking in terms of appropriate care and welfare.

Circus-style animal performances have now ended in many countries of the world due to animal welfare concerns, but some still prevail and even remain popular, including in Europe, Russia and across Southeast Asian countries such as Cambodia, Vietnam, Indonesia and the Philippines.

As well as welfare being vital for the animals, it also reinforces good wildlife conservation and public education. Bear parks and circus performances teach people very little about biology, behaviour, a bear’s place in the ecosystem and threats to their survival in the wild. In contrast, a bear in captivity housed in a species-suitable enclosure, given opportunities to swim, climb, forage for food, play and investigate, where the public witness natural bear behaviour, can potentially foster in them a passion and empathy for bears and other wild animals. And when duplicated across a zoo or aquarium’s whole animal collection, the conservation of those species in the wild.

Returning to the recent SEAZA conference and there was an air of positivity. More than 300 zoo personnel from across the Southeast Asian region attended – representing 23 countries, hundreds of institutions and thousands of animals – and the talk was of animal welfare as a priority. Where welfare was rarely mentioned as a priority five or so years ago within the community, now, how to improve animal welfare is very much part of the ongoing conversation and welfare champions are emerging from the community, helping instil further and future change. Wild Welfare is proud to be part of one of the significant welfare changes within SEAZA, with the introduction of their welfare-based certification programme, which once rolled out will help improve care and welfare standards across more than 100 zoos and aquariums.

Generating a welfare narrative from within such a rich cultural community can support welfare change not hinder it.

It allows conversations about welfare practice to happen in a safe space. It can help reflect on why the many different approaches to welfare management do or don’t work and support multiple solutions that can work both for the animal’s and the cultural or geographical differences. And finally it helps generate many more welfare champions from within the community itself.

Animal welfare concerns in zoos are still very prevalent around the world, from performing animals to overcrowded enclosures, from solitary animals that should be social to neglecting animal health concerns, there are still a wide range of issues to tackle. But we are witnessing a growing welfare change across all cultural boundaries and we’re continuing to support individuals, institutions and communities who are positive about making change a reality. By putting culture aside when it comes to animal welfare, we can work for welfare, not against it, ensuring harmful, outdated practices become a thing of the past, and the developments in animal care and welfare understanding become a new cultural legacy.