Update On Suzie The Chimpanzee 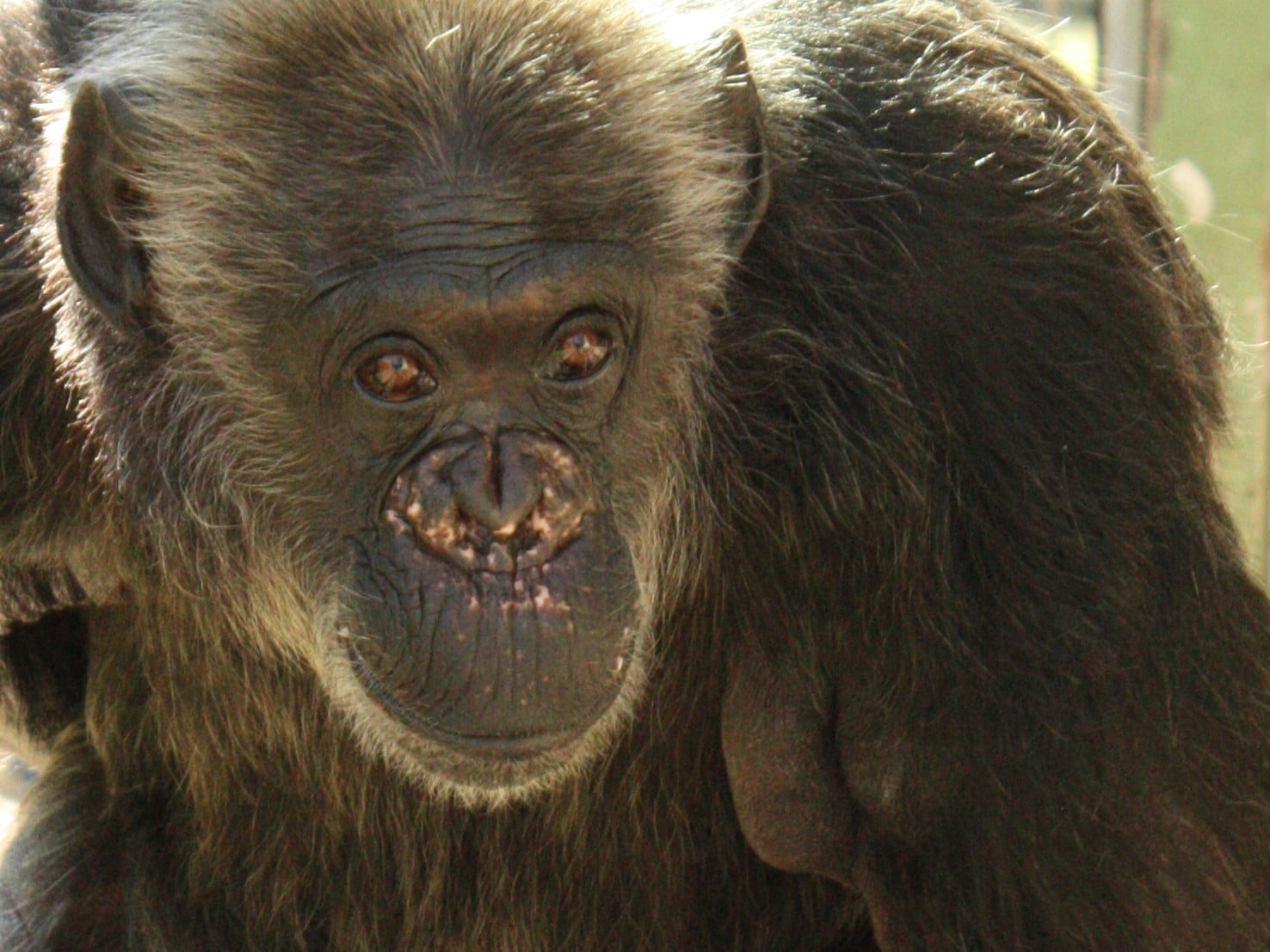 In September 2021, Wild Welfare assisted a primate sanctuary in Spain with the rehoming of a lone chimpanzee named Suzie.

When the MONA Foundation originally reached out to Wild Welfare for help, the charity was very keen to do whatever it could to help Suzie experience a better life where she could finally thrive. Since her successful move to the MONA sanctuary, the 41-year-old chimpanzee has settled into sanctuary life, and we recently received an update from the team on her health, welfare and rehabilitation journey.

The MONA Foundation rescues and rehabilitates abused primates such as those used in circuses and television advertising, as well as individuals previously kept as pets, like Suzie.

The foundation told us that Suzie has now been introduced to all but one of the individual chimpanzees within a specific group and she has made friends with two individuals called Tom  and Coco who she enjoys spending time with. Tom even grooms Suzie which is a very positive step for a social primate, especially after Suzie was living alone for so many years. These introductions and social interactions have needed to be done very gradually to acclimate both Suzie and the rest of the group to the new situation. Over time the MONA team are hopeful that further interactions between Suzie and the group can continue and flourish.

Since arriving at the sanctuary, Suzie is enjoying expert care and a little luxury in her twilight years, including the provision of comfortable furniture such as her favourite hammock to rest in. Basking in the sunshine is her new favourite activity, as well as munching on her favourite snacks of lettuce and cucumber.

These important changes to her husbandry routines in comparison to her previous home has given her the opportunity to experience a significantly increased standard of welfare. She now has opportunities for choice, comfort and control over her environment, social interactions with other chimpanzees and enrichment devices to interact with.

Being one of the oldest chimpanzees in the sanctuary has meant that her health care has been a priority. She is currently learning to sit on a weighing scale so that her caregivers can track her weight changes and further measure her health and well-being. Faecal samples are also being taken and analysed to monitor her stress levels.

“It is hard to image the different emotions Suzie must be feeling right now. After years of being kept on her own as a pet to now being able to interact with other chimpanzees and behave naturally, it must be a real roller coaster ride for her. The team at MONA have done an amazing job introducing Suzie to other chimps and although I’m sure there were some stressful times, Suzie’s overall positive welfare experiences far outweigh any negatives. It is such a heart-warming story and it makes me smile to think of Suzie just being a chimpanzee”. Simon Marsh, Wild Welfare Director.

Wild Welfare looks forward to future updates regarding Suzie and we are pleased that we were able to offer support when it was needed most. The charity continues its relationship with the MONA foundation and future training for care staff is already being discussed between the teams.

In 2018, Wild Welfare rehomed four Ussuri brown bears from unsuitable conditions in Japan to a specially built new home in Yorkshire, England, and the charity is currently running a public fundraiser to move an endangered macaque named Siti back to her homeland in Sulawesi.

MONA foundation: The MONA Foundation works to promote the welfare and conservation of primates, running a rescue centre in Spain for chimpanzees and macaques.